The Cancer Coalition of Quebec worked with Blü to create a high engagement, tactical campaign using technology to drive their lobbying initiatives.

start a project get in touch 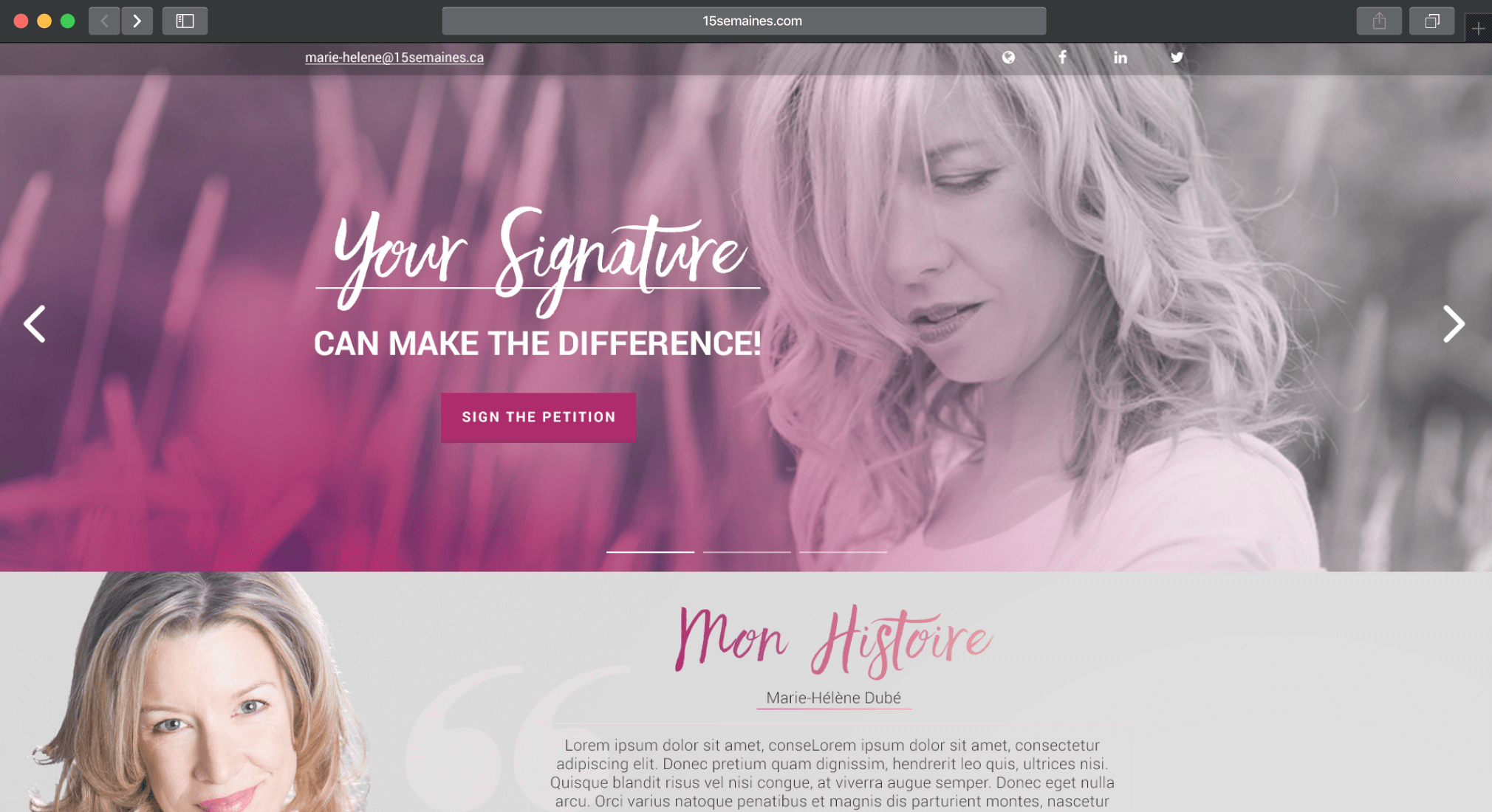 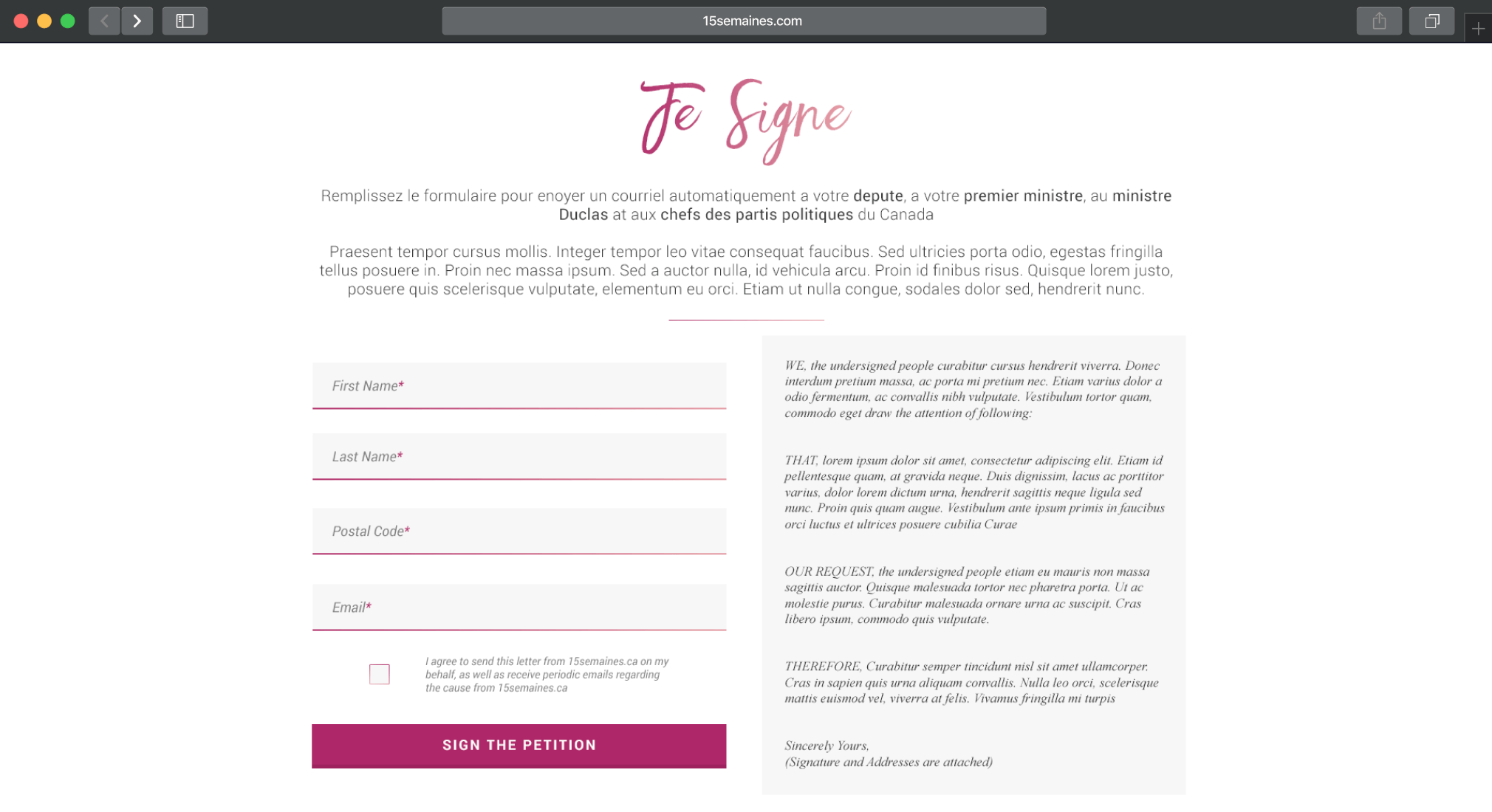 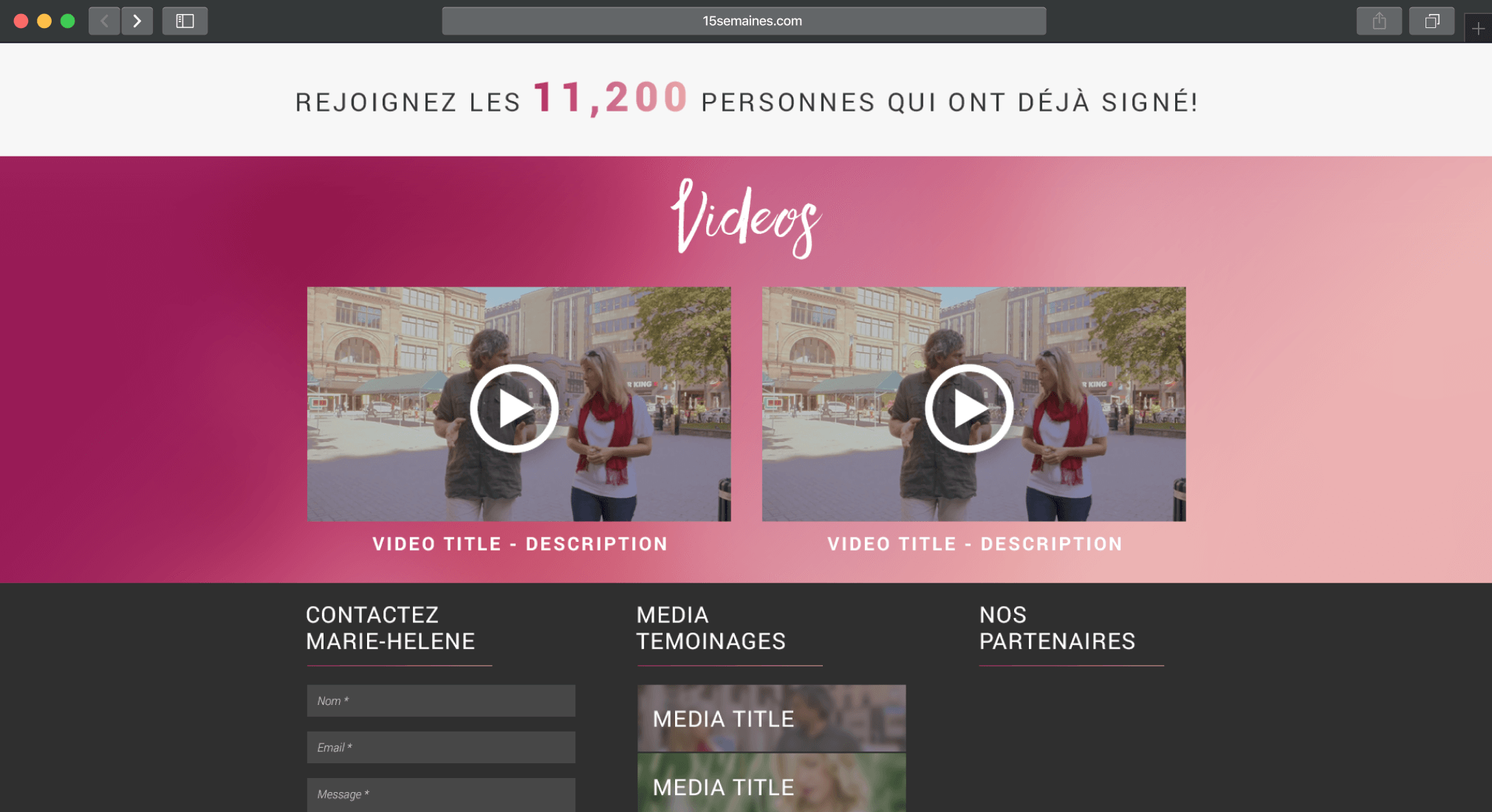 About The Cancer Coalition of Quebec

The Cancer Coalition of Quebec is a leading advocate for people affected by cancer with a vision for a healthier Quebec centered on patients, survivors and caregivers. In 2017, the Coalition was providing a voice to individuals who wanted elected officials to amend the 1971 Federal Employment Insurance Act which only allowed 15 weeks of payable benefits to workers in the event of serious illness.

Our mandate was to develop a far-reaching strategy that would use the convenience of digital communications to create public pressure through awareness and an online petition directed towards elected officials in the federal government. Because of the difficulties executing a Private Members Bill, a new “out of the box” strategy was required.

Our team conducted extensive research in order to master the subject so we could deliver a game changing campaign and digital solution not yet seen on the market. Our communications strategy was driven through a multi-channel campaign through social media, email marketing, promotional events, and a distinct website named 15 Semaines – 15 Weeks.

The heart of this crusade was the development of an online platform that would quickly raise awareness to public and federal officials. The website was a simple and immediate tool for citizens to reach out to their elected officials to request change; sign a petition and send letters automatically to elected officials.

Working Together to Reach Goals

Our marketing strategy resulted in 15 Semaines | 15 Weeks being one the fastest growing campaigns for a cause like this in Quebec. In the first week, 48,000 letters were sent electronically to Parliament Hill, addressed to several Federal MPs, all political party leaders, the Minister of Labor and the Prime Minister of Canada, Justin Trudeau. The success of this campaign has resonated through traditional and digital media, with more the 600,000 letters being sent to federal MPs since the start of the campaign.

start a project get in touch